Sorting Out the Confusion

A conversation with Shannon Mustipher

I met Shannon Mustipher in January 2018. My time was limited, I had a flight to catch.

So did she. Hers was a flight of baijiu. She tasted each of the four major baijiu styles, but she wasn’t phased. She just quietly took out her tool kit and prepared a killer cocktail on the spot.

Mustipher impressed me. She is a Buddha behind the bar, exuding a calm confidence that suffuses everything she does. It is impossible not to feel at peace in her presence. As the head bartender at Glady’s, she is well versed in the intricacies of rum, and will soon publish the eagerly anticipated Tiki: Modern Tropical Cocktails (Rizzoli/Universe, available for pre-order).

At our next meeting she showed me what she could do with baijiu given a little time and practice. It was a revelation. 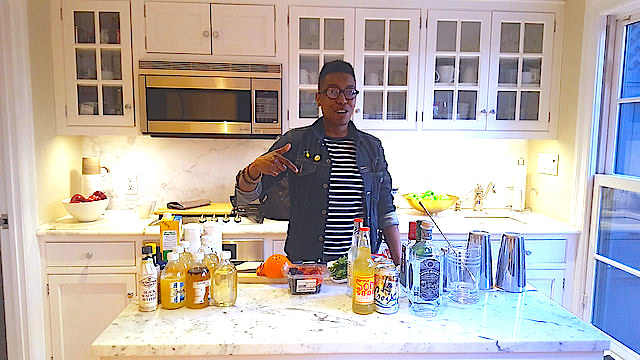 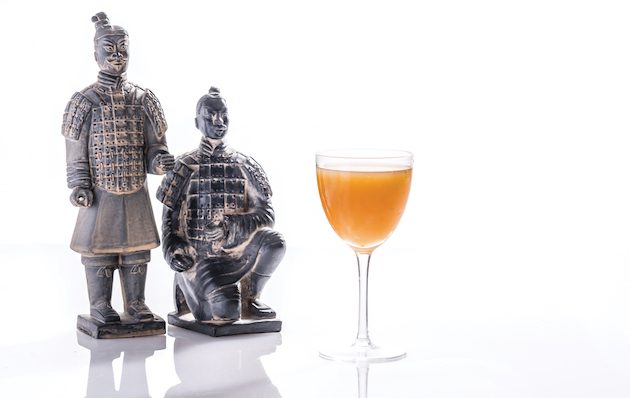 We were working on a cocktail development for Ming River Sichuan Baijiu. Each drink she prepared showed another aspect of baijiu’s potential—highballs, lowballs, tiki drinks and spritzes—and each was more delicious than the one that preceded it.

Simply put, Shannon is the most natural baijiu mixologist I’ve ever met.

This is not a knock on the other bartenders working with baijiu. Some of the world’s finest are on the job, and their splendid work speaks for itself. But I’ve never seen a bartender take to baijiu more quickly and intuitively than Shannon did. I don’t know the extent to which she likes baijiu—I’d like to believe that she enjoys it—but she gets it.

I wanted to better understand her approach to mixing with baijiu. What does she know that others don’t? From where does she draw her inspiration? I asked her all this and more in a Manhattan kitchen last spring while she mixed up a few baijiu masterpieces (in particular, I recommend the Good Fortune and the Trader’s Treasure).

Drink Baijiu: How’d you get into bartending?

Shannon Mustipher: I’ve been in hospitality for a decade, initially as a barista. That’s why I got really excited about interacting with people, making them a drink, and doing something that would really add some fun to their day.

I think it was the first Starbucks in Providence, right next to Brown [Mustipher was then studying painting at RISD]. So really tough customers, as you can imagine. Stone-faced at six-thirty. Hectic, bananas in there . . . All manual, two baristas, line out the door, wrapped around the corner, and that’s where I learned to get nerves of steel.

The first five years I was here I worked in the photo industry as a production assistant—style, wardrobe. It was fun just living here for the first time, but four years in I was like, I don’t think I really care about this industry enough for the demands of the work. But I didn’t have a plan, so I just decided at that point to go full time at a restaurant where I was working between gigs—that was Saraghina in Bed Stuy.

I was a server there for a year and a half. Midway into that they opened up a bar, added spirits to the program. I assisted on the shift. I sucked. I was terrible. It was not good. But I didn’t let that deter me.

Then I got a shift at another friend’s restaurant and started adding shifts here and there, and did that for about a year. I was working at Glady’s two days a week and another spot two days a week. Six months in I called a meeting with the owner, because I wanted to redo the bar program, because they didn’t really have any cohesion.

And we get to the meeting, and he was like, “We’re going to close Glady’s and reopen as Caribbean restaurant.” The concept I had wouldn’t fit at all.

And I was like, “Oh, okay. Good. Sounds good.” But I had never worked with rum before. I’d only had Smith and Cross and Bacardi, and the idea was to come up with a back bar with fifty or sixty-odd bottles. So I spent a month tasting rum every day and making cocktails.

Right before we opened, I looked at myself in the mirror and was like, “No. No. No.”

“That experience of discovering a type of spirit that I’d never encountered before really inspired me and lit my imagination.”

DB: Had you ever worked with rum before? Were you into it?

SM: No. I didn’t have any biases toward it, it’s just that most of the restaurant programs I worked in up until that point were really focused on Prohibition-era style cocktails or American cocktails—whiskey and gin, and rum just didn’t figure in.

That experience of discovering a type of spirit that I’d never encountered before really inspired me and lit my imagination. I think that’s a turning point for me in terms of coming up with flavor combinations that felt more personal, because I just didn’t have a lot of paths to follow in terms of what other people were doing.

DB: After working with rum for a while is there a certain style that has become your favorite? What about the category appeals to you?

SM: It’s definitely the funkier stuff: pot-distilled Jamaican rum or rum from fresh cane juice. I’m not going to say it’s better than the other styles, but those styles tend to have deeper roots in the history of the product or the category. They’re less commercial, so the way they’re made and the way they taste has less to do with numbers and more to do with tradition. And I think it tastes better because of that.

DB: When we did that tasting in January was that your first encounter with baijiu?

SM: I had it once before. I thought it was terrible. It was just random. I didn’t know where it came from. I knew nothing about it. And I tried it and I was like, “I’m not going to drink this.”

I wasn’t mad at it, but it was a little strange for me.

DB: What changed your mind?

SM: I just didn’t have any context. When I first tried it, this was prior to me running my program at Glady’s, and I was just less experienced overall. I don’t even know what it was that I had, so it could have been a bad one.

Meanwhile, why do I like it now? I’m on the other side of working with rum and trying to stretch myself, and this is something that I’ve not worked with before and that’s a challenge. And I respond well to challenges.

Who knows? Maybe in two years when this is boring to me I’ll find something else.

This expression [Ming River] is one thing, but I like the fact that the category is really broad. I’ve never tried to make things with multiple baijius, and that’s the next step. Is that sacrilegious?

DB: It’s sacrilegious to mix baijiu in any cocktail, or to drink it without food. We’re already breaking rules.

SM: The fact that it’s a really broad category is appealing. In the case of this particular expression, it’s floral, it’s fruity, it’s savory. It kind of covers the whole spectrum of flavors, which is rare for any one spirit. That in turn makes it amenable to cocktail adaptation, where you can go in several directions.

“It’s challenging to find the context to understand where does this go and where do I go with this. How do I put this with stuff I already know?”

DB: After working with baijiu a little, what do you think of it as a mixing ingredient? What are the unique challenges and flavors that it brings to the table?

SM: The unique challenge is that, in and of itself, it has flavors that I don’t encounter in any other ingredients I’ve worked with up to this point. So it’s challenging to find the context to understand where does this go and where do I go with this. How do I put this with stuff I already know?

DB: Do you find it scary to be working with something that has no road map?

SM: For me exciting. Cause it’s like, “I’m confused. Alright, now how do I sort this confusion out?” Does that make sense?

DB: That makes all the sense in the world.

SM: I mean, for some people being confused is a terrible thing that they don’t ever want to veer into. But for me it’s like, okay, let’s find a way out.

It’s like, how do I stay true to this, and show something about this that fits into what people know and what people are willing to do? I understand that you kind of start here and over time move to there.

DB: Have you found any similarities in working with baijiu? Does it work in similar ways to other ingredients?

SM: I would say if anything, it’s somewhere between gin and whiskey, because there’s some ways that you can skew it in a gimlet or a sour where it acts more like a gin. But there are other serves where it’s more spirit-forward and acts more like a whiskey or whiskey rocks cocktail. I think it just depends what you put it with.

“What I really like is to feel surprised, and I felt surprise. That’s what I want, as often as possible. ”

DB: In your brief but successful time working with baijiu, have there been any ingredients that you haven’t been able to make work?

SM: I really wanted to work with coconut. I just haven’t figured it out yet. It doesn’t work when you stop trying. Obviously, there are limits, but I try not observe those.

DB: What’s the baijiu drink you’re most proud of? What’s the combination where you did something you didn’t think could be done with baijiu?

SM: I think the Good Fortune, or that banana drink we tried [Tiger’s Milk]. I didn’t anticipate that outcome. What I really like is to feel surprised, and I felt surprise. That’s what I want, as often as possible.

DB: If someone came to you and said they were thinking about working with baijiu, what’s the advice you would give them before they jump in?

SM: My advice would be to take as much time as you possibly can to just study ingredients in general. Because if you’re relying on your prior experience with cocktails, you’re not really going to have a lot to go on.

What you really need to be conversant in is flavor. And if you feel conversant in flavor and ingredients then you have somewhere to go, something to work off of.

If you’re looking for some existing cocktail template or experience, you’re just not going to get it. 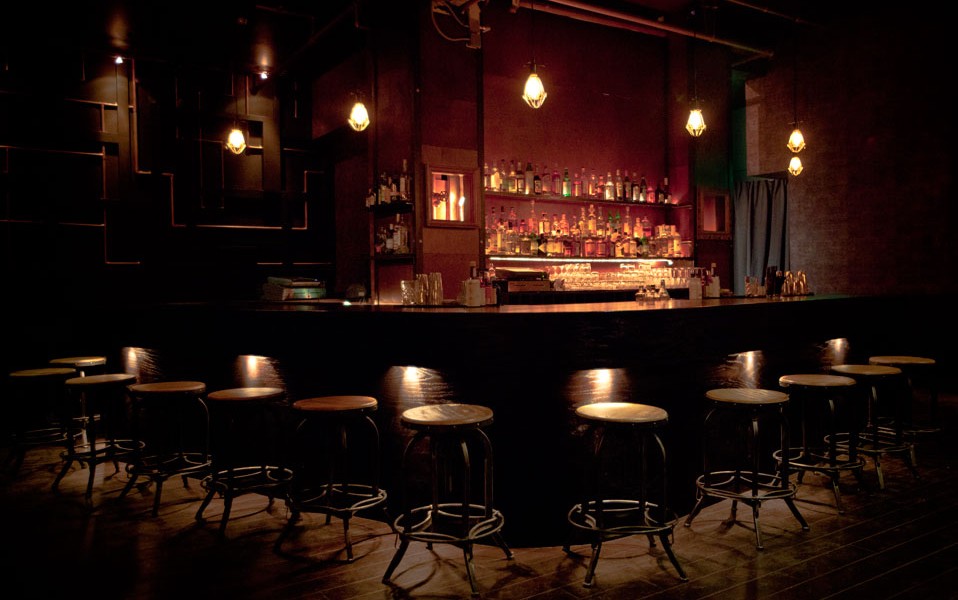 Events
The Wonders of Baijiu 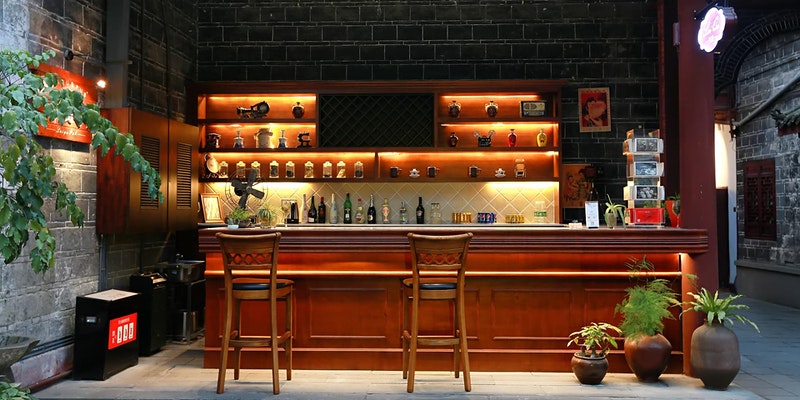