Christian Tang on baijiu and composition of flavor

It’s days like the day I met Christian Tang that remind me that I love what I do. I had just finished a baijiu class with a colleague in Copenhagen, and our first stop of the evening brought us down a flight of stairs into a dimly lit cocktail den called Kyros & Co. It was early evening, but already its long bar was filling up.

Kyros has no menus. If you want a drink, you have to talk to its proprietor, Christian, and tell him what you like. He has a passion for flavor, and stocks his bar with all the ingredients that he needs to get you where you want to go.

I told him I wanted something light and refreshing and I liked baijiu. He had never tried it, so I gave him a taste of Ming River (strong-aroma baijiu). Wasting no time, he set about pulling ingredients from the shelf and returned with a coupe filled with an impeccably made drink. So I gave him a taste of another baijiu, this time a sauce aroma. You can guess the rest.

I came for a drink, and left after about five with a new favorite bar.

Christian didn’t enter the Copenhagen cocktail world along a typical path. For one thing he comes from the Danish countryside or, as he puts it, “one hundred percent southern country boy—as southern as you can be in a Nordic country.” He began his professional life working IT management and he didn’t have his first drink until 2011, when he was twenty four.

He discovered he loved cocktail bars—“ the dim lights, the music, the vibe”—so much so that he began spending most of his paycheck at one called Ourselves Alone. “To me I was like a golden retriever,” he recalls. “The first time you see something and it just sort of pops in and you say, ‘Wow, this is amazing!’ The guy next to me says, ‘The fuck’s wrong with you, have you never drunk before?’ And I said, ‘No, I haven’t’.”

When Ourselves Alone flooded, Christian convinced its owner to mentor him in how to run a bar. They traveled the world for a time, and when Christian returned to Copenhagen he immediately jumped into bar management, having never worked a day as a bartender. Along the way he teamed up with a team from the Michelin-starred Restaurant Geranium and taught himself how to make drinks through a combination of YouTube videos and what he describes as, “Rigorous, unyielding, unending trial and error.”

Not long after my initial visit to Kyros & Co., I followed up with Christian to ask him more about his approach to hospitality and where he thinks baijiu fits behind the bar. 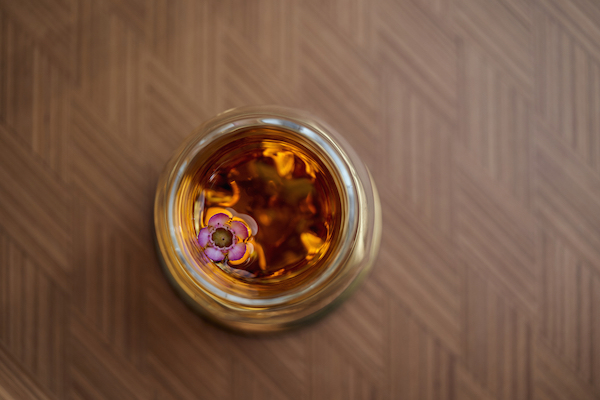 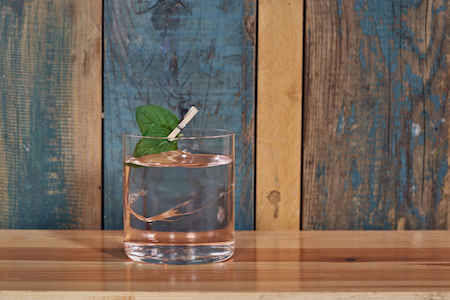 Drink Baijiu: Why do you work without a menu?

A lot of bartenders today join a high-volume bar or they join a cocktail bar in general, often very prestigious bars, and they start their careers in much the same way that Michelin chefs do. People think that if you go and work a year for Noma, you’re going to be the hottest shit in the world. You’re not. When you work a year for Noma, you are plucking the same mushroom, you are attacking the same cress, day in day out on endless repeat in this total obsession with perfection—a perfection that I personally don’t believe exists. I believe that you can create perfect moments, I believe that you must have consistent experiences, but you cannot have consistency in organic matter. It’s arrogant to think that we as humans can reach that.

When we understand that, we can then cater a unique experience to the guest, because every person is unique. Most people who go and eat a tasting menu, if you can catch them at a vulnerable, honest moment, they’ll maybe enjoy four or five out of the sixteen to twenty courses they had. Why not make them enjoy all of them? And the way to make them enjoy everything is by entering into—the Japanese call it ichi-go ichi-e, essentially a reference to “one moment, one time.”

“It is my job to discover the things you don’t know that you like. ”

That’s why we do no menu. It’s an exploration, it’s an understanding, and it’s a discovery for us. Every time we meet a person who has another flavor composition that we’re not used to, we’re all the wiser, and our understanding of composition as a whole rises.

DB: When I came to your bar for the first time I presented you with an ingredient that you had never before encountered. You asked me a few questions, you took the ingredients, you tasted it, you disappeared, and you came back and made me an incredibly good drink [The Tang Dynasty]. I had the sensory experience of that drink, and the complications that followed. But could you walk me through your end of the exchange? What was it like to experience this ingredient for the first time like?

CT: White spirits have a bad rap, whether it’s botanical or distilled—vodka in the eighties kind of fucked that up—but people forget that barrel-aged stuff starts being white, and fermented products are hugely interesting. So the first thing I encountered with baijiu was of course I sensed something extremely fermented. This thing has undergone massive, massive biochemical transformation of sorts.

It reminded me of one thing instantly: I thought of Jamaican rum. The two that we use in the bar have almost 230 year-old sour doughs–dunder pits or muck pits . . . The pineapple note and the overripe fruit those instantly tell me that we’re dealing with an advanced fermented product, something that I’d only experience from two distilleries in the Caribbean. There are more than 2,000 distilleries in the Caribbean, six of them are in Jamaica, two of them I have experienced. So the odds of meeting that somewhere else, especially in Asia, was remote.

So I smell it and I said, “Okay, you have a lot of flavor, a lot of things going on. How can I work with this?” Well, it’s very simple. Accentuate what’s already there and it’ll come out stronger. That was my approach instantly with baijiu.

It is such a strong product. It is such a flavorful product, which is exactly why a lot of people have trouble with it.

DB: And how has the reception been to baijiu at your bar?

CT: For us, it’s one of our favorite things to make people smell, because people have absolutely no reference point. It’s total, total—excuse my language—total fucking division. Either people absolutely adore it or they hate it. There’s no middle ground, and it’s more or less fifty-fifty. Fifty percent are crazy about it, “What is this?” And the other half, “Oh my god.”

DB: When you’re talking about a dunder pit and you’re talking about baijiu, which is fermented in an open-air environment [link to qu article] you’re getting that high esterification from a lot bacteria, and you’re getting really complex organic flavors. What interests me is that, at least in the Western hemisphere, there is some fear of drinks that have these organic, bacteria-induced flavors in liquid.

CT: The Europeans would certainly like to think that they are the saints of the alcohol . . . We have to remember that drinks started far away from Europe, and when distillation and fermentation finally reached Europe, it was very much for the purpose of preservation instead of flavor.

When we look in many cultures, whether it be ancient Arabic cultures or certainly Chinese cultures—countries that have very affluent food, meaning if you look at a food culture it very much represents the richness of the land. China first of all is ginormous, and especially southern China is especially fertile, with some of the most perfect conditions for growing things anywhere in the world. This is representative of Chinese culture. It doesn’t matter which province you go to the food is very flavorful. It’s very bold.

One of the comments we get a lot in the bar is, “My god. This really tastes of a lot.”

And I say, “Let’s be honest. You’re drinking 180 milliliters of nerve poison. I really hope it tastes good. That’s sort of the point.”

DB: What kind of a role do you see for baijiu? Do you think it has a place in the more international bar scene? If so, what do you think that role is?

CT: Whether it has a role, I can’t predict. I think there are some political hurdles right now that makes it very difficult for something that Chinese to shine. Do I think it belongs? Absolutely.

They represent 1.3 billion people of a planet of eight, that is one eighth of the planet’s national spirits and we are not touching it. And we’re drinking Scotch whisky the world over, a country comprising no more than 5.2 million people? Come on, that’s crazy.

Do I see baijiu being the new Fernet Branca shot. No, nor should it. That would be a disgrace to history. Yes, everybody’s interested in making money, and of course it would be nice if you guys sold fifty million bottles every year, but it would be an injustice to the product.

DB: What do you think can be done to make sure that the history of baijiu is preserved and respected as it’s introduced into new markets?

CT: Make it about the culture, about the people who make it. Normally I tell distributors and people who are behind alcohol, “Don’t, don’t, don’t try to show people how to use the product. Quite frankly, you don’t know how.” But with something as complex as baijiu, you might have to help them there too.

It’s a product that if you try to mask any of the flavor, it’s completely out of balance and tastes really fucking weird. You need to let it stand free and enhance it. You need to amplify it. So definitely explain to people how do you actually work with this.

CT: I’d like to think that it makes it more appealing. Maybe I’m the wrong guy to ask that. If I like something, I buy it. It’s very simple. I like baijiu, so I bought it.

I think baijiu’s biggest challenge is that it’s very umami-rich. Okinawan awamori, which are essentially black koji shochu, is very, very umami-rich. It’s something that people are not used to in their beverages. It’s funny when you connect baijiu or awamori or shochu or any other Asian spirit—it’s connection to food is very strong. And then it makes perfect sense.

When you told me you were drinking [Ming River] and having Sichuan cuisine, it made perfect sense. If you look at pairing food in general, you have very, very, very spicy food—exceptionally spicy food—with bold flavors, strong flavors, you need a bold spirit to go to it. Coupling the two together, I think, helps people to understand it.

DB: And now for the question I ask everyone: If someone told you they were thinking about working with baijiu but didn’t know what to do with it, what advice would you give them? 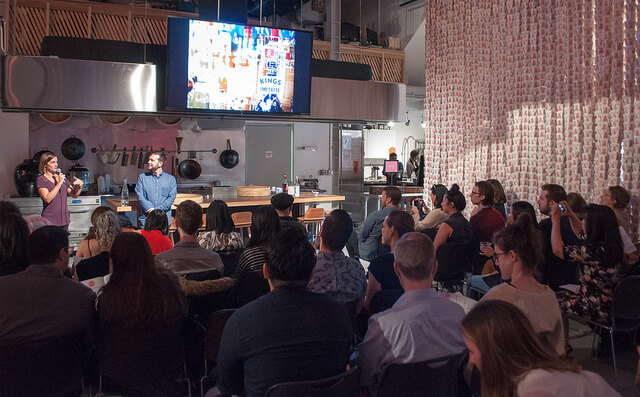 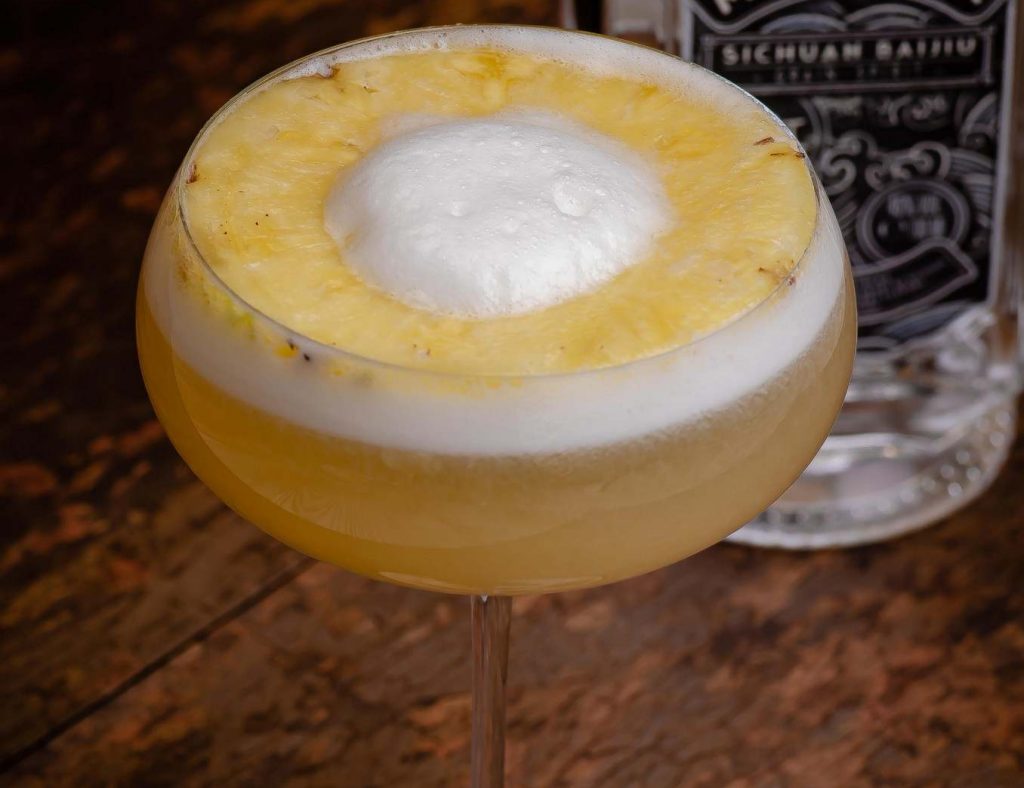