An early happy Lunar New Year to everyone in baijiu land! This is the year we earn our tiger stripes, as the most ferocious Chinese zodiac pounces onto the scene. In mythology, the tiger is a brave creature with the power to chase away evil spirits. After the last couple of years, I think we’re all ready for that.

The main story in this news installment is the growing consensus that baijiu is poised for a major step forward on the international scene. It’s become something of a joke in baijiu circles that every few years international media will dust off the ol’ baijiu-is-about-to-take-off piece, while we wait (and wait) for it to actually happen. But this year feels different, not just because baijiu is actually becoming widely available in America and Europe, but because the many people saying it seem to approach the question from different angles.

We’ll also look at the big recent shakeups in China’s domestic alcohol market, including a diversifying base of drinkers and the potential for an old national drink making a comeback. Plus a diverse range of international opinions on baijiu’s potential and an unexpected trip to Jiangxi. All this and more.

But before we jump into the news, I leave with you a fun Chinese New Year fact: In English, a group of tigers is called a streak. Who knew?

Bar Pros Predict: The Top 10 Drinks Trends for 2022—Kara Newman, Wine Enthusiast
Fire the baijiu cannon. The expert interviewed in this year’s forecast see “baijiu breaking out of the confines of China [and] thrilling a new global audience.”

How Will American Eat in 2022? The Food Forecasters Speak.—Kim Severson, New York Times
“Beyond the big trends are a long menu of smaller ones: the growing popularity of Koji bacon, the Chinese spirit baijiu and the noodle soup laksa.”

Top Trends for 2022 & Beyond—WGSN
“Driving this trend are influencers of Chinese heritage excited to boost baijiu to the same international status as other regional spirits like tequila, as well as imbibers curious to experience a storied sip.”

The Most Underrated Spirits and Liqueurs, According to Portland Bartenders—Maya MacEvoy, Eater
Even bartenders are getting in on the action. This is critical, because they are the gatekeepers who will introduce baijiu to the broader public.

Using Cocktails to Explore Baijiu’s Many Styles—Rich Manning, Vinepair
Attitudes are changing where baijiu is concerned. In challenging popular misconceptions and pushing back against negative stereotypes surrounding Chinese spirits, pieces like this would have been unthinkable just a few years ago. Good to see industry media starting to treat the category with the seriousness and respect it deserves.

Will the World Drink More Baijiu in 2022? Beyond Kweichow Mao-tai and Wuliangye, How Chinese Liquor Brands Are Targeting Millennials, Gen Z and the Western Market—Josephine Tee, South China Morning Post
And this is how it happens: A shift in attitude from China that filters down to the international consumer. It’s possible only because attitudes are starting to change surrounding China’s traditional alcohols at home.

Former Chairman of Kweichow Moutai Receives Life Sentence for Corruption—Jessica Mason, The Drinks Business
A rough tumble for the former head of the most valuable liquor brand on the planet suggests that Moutai’s reputation will only get it so far.

Volatile Cocktail Stirring Up China’s Baijiu Market—Shen Xinyue, Sun Yanran and Kelsey Cheng, Caixin
The brand, however, plays on. New Moutai chairman, Ding Xiongjun, pledges to make Moutai Guizhou province’s first Fortune 500 company. Meanwhile, the baijiu industry appears to be in the midst of a major reshuffle in China, where profits are rising and production volumes are steeply declining. Required reading for understanding the current baijiu climate in China.

‘Baijiu’ Giant Wuliangye Planning to Hike Prices of Its Top-Shelf Liquors—Sun Yanran, Shen Xinyue and Kelsey Cheng, Caixin [paywall]
Caixin has some of the better English-language coverage about baijiu, so it might be worth it to peek behind the paywall for this piece on a shift in strategy from China’s second-most valuable distillery. Or the subsequent piece, which reports on the tragic tremor-induced loss of some of Sichuan’s best baijiu.

What is the Real Value of Baijiu in Our Cocktail Industry—Tales of the Cocktail 2021 [Youtube]
Tales of the Cocktail, the annual American spirits industry event, moved online for the second straight year. Though it lacked some of the joie de vivre of the in-person gathering, the new format enabled something unique: the event’s first truly international baijiu seminar. I participated, sure, but everyone else was based in China, so take advantage of this rare opportunity to learn from baijiu folks who might not yet be on your radar.

Can China’s Other National Drink Make a Comeback?—Nie Xingyao, Sixth Tone
A poignant look at baijiu’s spiritual precursor, huangjiu or “yellow wine.” Nie explores how, for most of China’s long history, this undistilled grain wine was its preferred tipple, and how baijiu displaced it in the twentieth century. Are changes afoot that could lead to a huangjiu renaissance?

Unique Jiangxi Expressions of China’s Favorite Alcoholic Drink—John H. Isacs, Shine
Shanghai-based wine and spirits writer John Isacs writes of a visit to Lidu in Jiangxi, archeological site of one of China’s oldest known ancient distilleries. This piece meditates on the potential origins of distilling in China, and the importance of making time for baijiu in one’s spirited education.

Ganbei! Baijiu Cocktails are Here—Richard Auffrey, Sampan
Another American who writes often and thoughtfully about baijiu and Chinese-American food’s origins, Boston-based Richard Auffrey is someone else who should be on your radar. Check out his thoughts on the potential of baijiu cocktails with Ming River, with some good suggestions for further drinking. Related: Auffrey reviews a recent Drink Baijiu-hosted baijiu class.

Drink of the Week: Christmas on the Baijiu—Chilled Magazine
Forget eggnog, pass the baijiu, specifically this delicious concoction from ATL-based bartender Daniella Keenan.

Globalising Baijiu: Ming River Growing Presence in US, Europe with Cocktail Strategy to Attract Western Consumers—Guan Yu Lim, Food Navigator
I have thoughts on how to sell baijiu outside of China. Read them here. 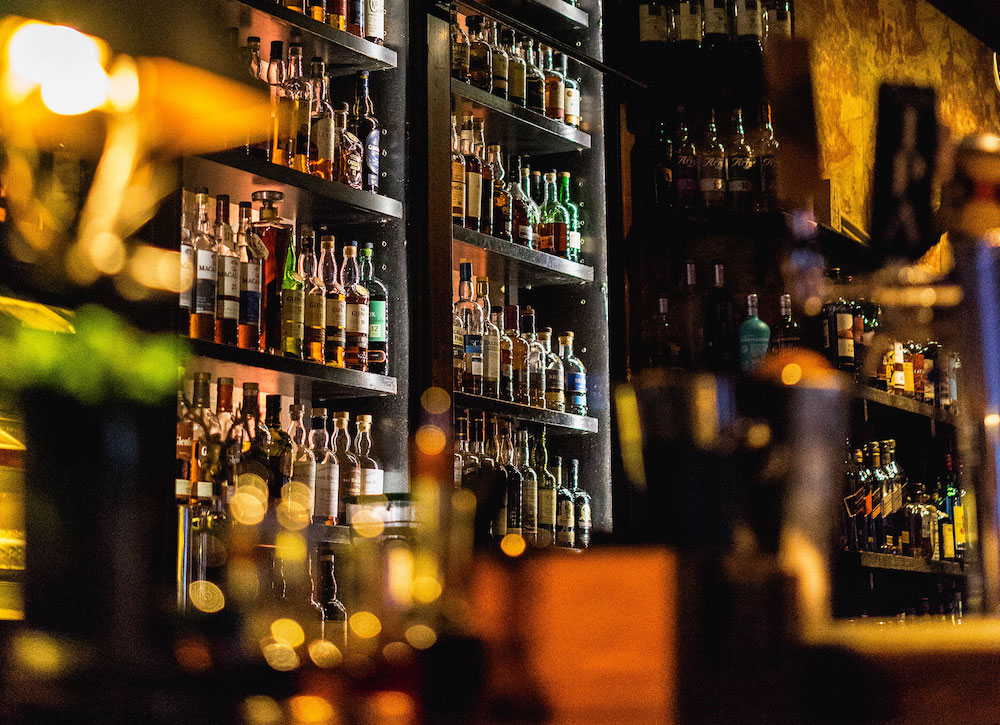