Baijiu News Review: The Most Valuable (and Invisible) Category Edition

Baijiu continues to dominate, while America looks the other way

What can I say? It’s been a challenging period for the world of spirits, and the world writ large. So many good bars and restaurants around the world have shut their doors for the last time, and we still have very little certainty about when things might get back to something resembling normal life. I wish strength and support to all of my friends out there, and to comfort to those who need it.

That’s the serious bit. Now on to something that never changes: the onward march of baijiu.

So what’s new in the world of Chinese spirits? For two years running, baijiu companies dominate the Brand Finance list of the world’s most valuable spirits brand. But meanwhile the US government has conspired to keep baijiu—along with a good many other world spirits—down. And if you’ve followed my writing for any length of time, you’ll know that there are two things that get me up in the morning: Moutai scandals and any excuse to revisit the Panana-Pacific International Exposition of 1915. In this installment, we cover the former.

All this and more in the links below. Plus a baijiu quiz and a dense but fascinating scientific journal on strong-aroma baijiu pit mud. Enjoy!

The United States’ Alcohol and Tobacco Tax and Trade Bureau, better known as the TTB, is the gatekeeper for the American spirits industry. It determines what is and isn’t a unique spirit, and how these products must be presented to consumers. Yet the TTB fails to classify baijiu and many other prominent non-European spirits, forcing them to compete at a significant disadvantage. In this piece, I explore the challenges facing uncategorized spirits categories, why the TTB has failed so many spirits (hint: politics), and what should be done to address the problem.

Brand Finance has dropped their top ten list, and baijiu dominates once again. Half of the top 10 are baijiu brands, including the top four spots for the second straight year. Jack Daniel’s jumps a spot for the fifth spot, where it runs into the impenetrable strong-aroma firewall of Luzhou Laojiao.

The Producers Shaking Up Asian Spirits—Amy Hopkins, The Spirits Business

A profile of three producers working with East Asian spirits in the West (baijiu, shochu and soju). By adopting novel riffs on traditional production techniques, these brands believe they can change the world sees their respective spirits categories. Let’s hope they’re right.

Is This the Bottle That Will Finally Convince American to Drink a Classic Chinese Spirit?—Charles Passy, MarketWatch

Spoiler alert: Most definitely. Yes, with this one I’m veering dangerously close to self-promotion corner territory, but the fun we had in this discussion more than merits its inclusion.

You Might Not Have Heard Much about Baijiu, but Just 1 Sip of this Powerful Spirit Will Move You—Tantri Wija, Seattle Times

It usually takes me a bit more than that, but I agree with the sentiment. A skeptical dive into the various types of baijiu and what makes them challenging to new drinkers, with bonus points for a durian comparison.

The saga continues. For years the price of Kweichow Moutai has been seen as China’s unofficial “corruption barometer,” and now Moutai stocks have once again taken a tumble from lofty heights after Peoples Daily reported on widespread speculation in the product by venal officials and underhanded scalpers. Of note: The article posits that an enterprising speculator can earn as much as 2 million yuan (US$294 thousand) each month selling Moutai. Good work if you can get it.

More expert analysis of Moutai’s precarious current position, plus this eye-popping figure: “Moutai revenue popped 56% in 2017, unleashing a massive, multi-year rally that might have finally found its peak. Having gained 1,600% from its 2014 nadir, its equity is now worth more than Diageo, Pernod Ricard, Brown Forman, Remy Cointreau, Davide Campari Milano and Constellation Brands combined.” [Emphasis mine.]

The Rise of Baijiu, the Most Consumed Chinese Spirit in the World—Annabel Tan, Prestige

A brief survey of Chinese spirits and their growing potential abroad, with a specific focus on the Singapore market. “While there is clearly a growing potential for baijiu here, there is still some way to go before it truly becomes a staple spirit among the wider community. ‘Consumers are curious, but there needs to be a lot more education among locals,’ says Tong.”

An engaging look at how a recent high-profile scandal at a major Chinese bank has kicked off a renewed discussion about the rather insalubrious state of contemporary drinking culture in China. Moore notes that, “In 1952, China drank 0.4 liters of pure alcohol per capita. . . . A 2017 World Health Organization report estimated that Chinese people today drink 7 liters of pure alcohol per capita, with that number expected to rise to 10 liters per capita by 2030.” Baijiu’s potency relative to more ancient drinks, he suggests, may be uniquely responsible for the current surge in drinking levels.

Baijiu, China’s National Drink Served to US Presidents Nixon and Reagan: Where Does this Potent ‘Fire Water’ Liquor Come from and How is it Made?—Douglas Parkes, SCMP

A mostly accurate and informative look at the production and origin of Chinese alcohol. Part of the South China Morning Post series on the origin of various nuggets of Chinese cultural miscellanea. Points deducted for misspelling Jiahu.

How Much Do You Know about Baijiu?—Yuchen Zhong, Club Oenologique

Think you know your stuff where baijiu is concerned? Test your mettle with this fun little quiz written by our friend, Chengdu-based baijiu expert Yuchen Zhong.

A fine introduction of the baijiu category and some of the major styles by a couple longtime friends of baijiu and Drink Baijiu. Ulric and Helmut are spirits experts and exceedingly talented makers of baijiu cocktails. And don’t just take my word for it, check out some of their recipes in our cocktail section.

A new study that looks into the microorganic makeup of strong-aroma baijiu mashes that have been fermented in 6-year-old mud pits versus 30-year-old mud pits. If you’re as into baijiu as we are this is some fascinating stuff. If you aren’t, then this is like reading, well . . . pit mud. To briefly summarize: Older fermentations pits have a more stable mircobiome, ferment at lower temperatures, and more efficiently convert sugars into alcohol. A key finding is that the bacterial makeup of younger pit mash is virtually identical to that found in older pits BUT the older pits have more fungi. Perhaps this establishes the root of the earthy, umami strong-aroma goodness known as “pit aroma” in the baijiu biz.

NOT TO BE MISSED! You’ve heard me ramble plenty by this point, but I highly recommend you check out this conversation about mixing baijiu as a cocktail with some of the best in the business. We’ve got Kan Zuo (Sing Lounge, Vienna), Chockie Tom (Ming River BA, New York) and Gergö Murath (Trailer Happiness, London) sharing their unique perspectives on what makes baijiu an exciting ingredient, and why we should expect to see more baijiu cocktails in the future.

Join me and prolific travel writer, and fellow Kansan, Rolf Potts for a wide-ranging discussion about Chinese drinking culture. In our conversation we discuss the challenges of introducing Chinese spirits to non-Chinese audiences, how I transformed from baijiu skeptic to baijiu evangelist, and how earlier travels reacted to baijiu in the Middle Kingdom. It’s as much fun as I’ve had discussing baijiu in a while.

Look out, London. We’re coming for you. 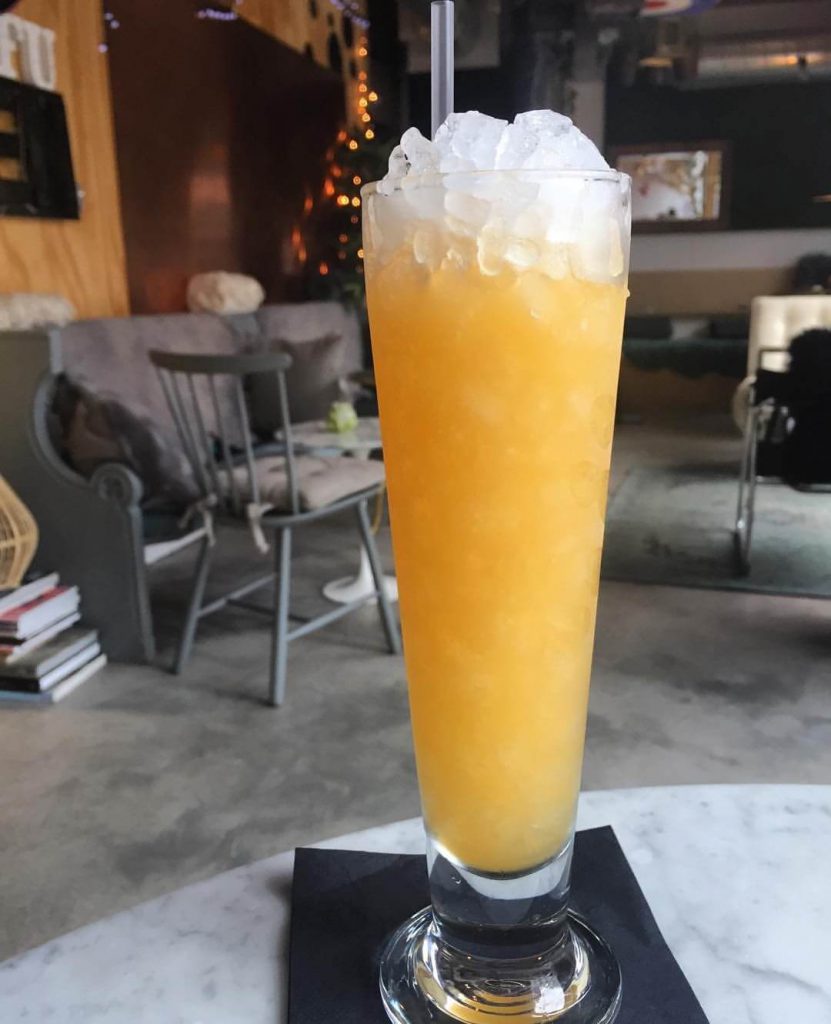 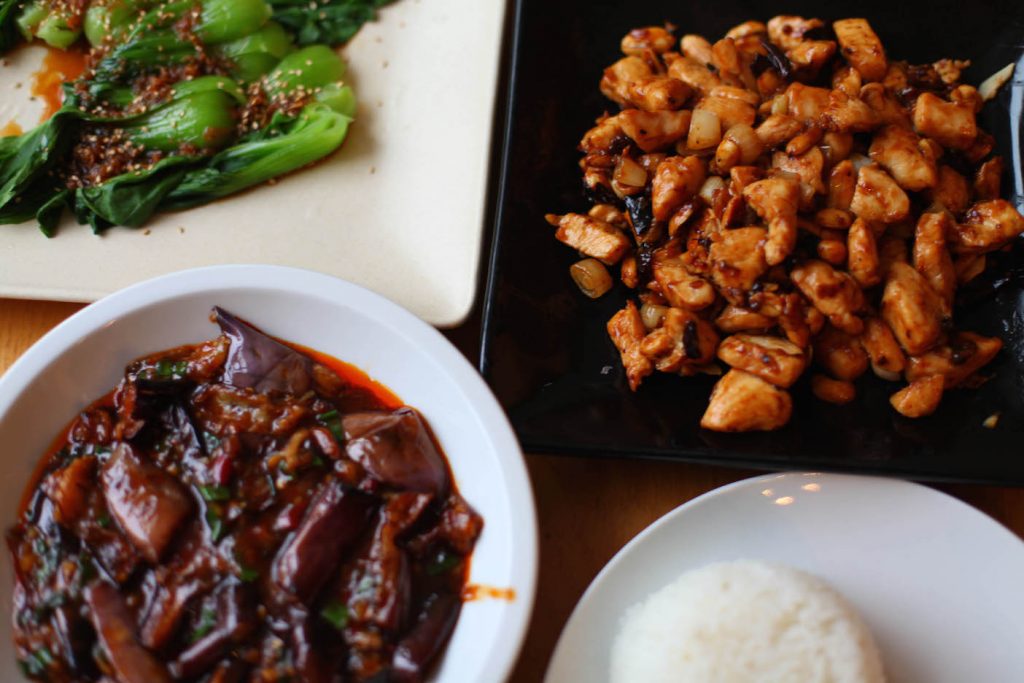