While some parts of the world are still reeling from COVID-19, many countries have begun cautiously reopening. China was first hit, and also one of the first to bounce back. And nothing in China has shown more resilience than the baijiu market. It dropped like a brick when the pandemic hit, quickly recovered, and is now demonstrating newfound market dominance.

Which brings us to our lead story for this news installment: Kweichow Moutai—China’s most-valuable baijiu distillery—is now the most valuable publicly traded stock in the PRC. That is not typo. I did not write that it is most valuable liquor stock or consumer good. It is the most valuable stock, period, ahead of banks, utilities and mining concerns.

Let no one doubt the Middle Kingdom’s love of drink.

Elsewhere in May and June, our efforts to promote baijiu have gone thoroughly multimedia. Many of the past couple of months’ webinars and podcasts have been recorded, and shared for your edification. We you will listen, watch, learn and enjoy.

“[Kweichow Moutai’s] stock has risen more than 50% in the past year, and its chairman told Chinese state media last week that he was ‘confident of double-digit increase this year’ in sales.”

The headline is a case-study in burying the lede, but read this (incredible but true) quote: “Baijiu continues to be the world’s largest spirit category, yet producers remain loath to share their volumes. In 2019, the retail value of baijiu, as measured by IWSR Drinks Market Analysis, was a colossal US$185 billion – bigger than the entire value of all spirits outside of Asia[.]”

“Moutai’s market capitalisation has soared by Rmb360bn this year to hit Rmb1.85tn ($260bn). A favourite of Mao Zedong, who used it to toast the People’s Republic, the brand has eclipsed stalwarts of western capitalism including Walt Disney, Coca-Cola and LVMH.”

These days it’s hard to travel in body, but we can still travel in spirit. In this focus on global spirits, Weisstuch surveys some of the world’s most celebrated but underrepresented spirits. Baijiu, of course, makes an appearance.

WSET (the Wine and Spirit Education Trust) is the industry gold standard for alcohol instruction, which has recently added baijiu and other East Asian spirits to their curriculum. Join DB’s own Derek Sandhaus and WSET London in-house expert Nick King for what is undoubtedly the nerdiest baijiu-related discussion ever committed to Youtube. Well worth your time.

In case you’d like to go slightly less, but still quite nerdy, and enjoy some visual aids to boot, check out this recording of Sandhaus’ recent webinar (itself a reprise of his 2019 Bar Convent Brooklyn session). Moderated by the great Angus Winchester.

Modern Bar Cart host Erik Kozlik leading a delightful tasting of three baijius, to promote and complement Modern Bar Cart podcast no. 152: Intro to Baijiu with, you guessed it, Derek Sandhaus (in case you weren’t already sick of me). Well worth a watch and a listen.

Join spirits experts Arthur Nägele and Ulric Nijs—as good of friends of baijiu as you’ll find—for a delightful cross-category tasting, and their musings on the category and its future. Note: It was recorded sideways, so you’ll need to crane your head or adjust your computer.

A little baijiu love for the German-speaker in your life.

“At the heart of Drunk in China is a salient question: ‘How can a drink, consumed for centuries by the world’s most populous nation, become the world’s best-selling liquor and still remain functionally invisible abroad?’ ”

A discussion that delves into the cultural and historical significance of alcohol in China. 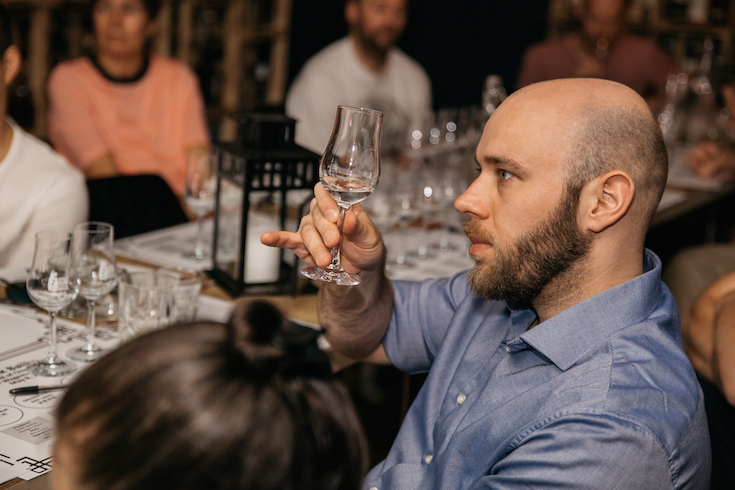 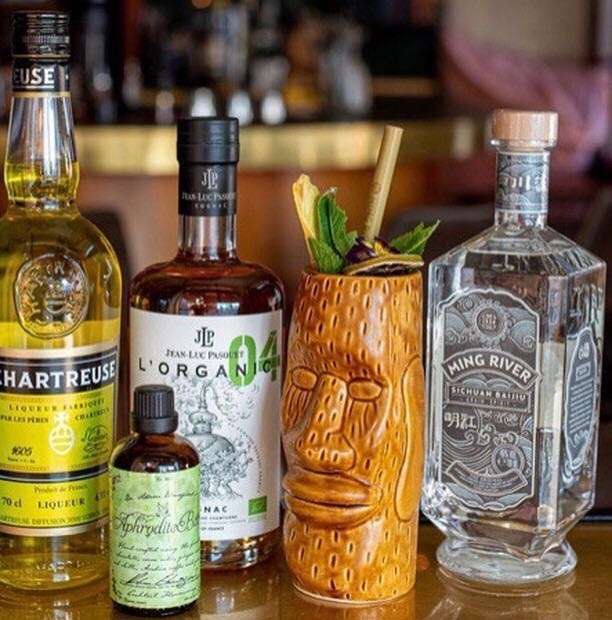