Location, location, location—it’s everything when it comes to making baijiu. We’ve long known that qu gives every baijiu a different flavor. Even when all other production factors are identical, slight differences in microclimate affect the final product. Recent studies have gone even further, suggesting that airborne microorganisms can significantly affect a mash at the time of production, meaning that a baijiu’s flavor also changes with the season.

This means that one of the last great frontiers in understanding baijiu may lie outside of China: What happens when baijiu is produced in a radically disparate ecology than China’s?

Let me introduce the Sanyou* Distillery in Tasmania. In Mandarin, Sanyou 三友 means “three pals,” and the team consists of just that: Chris De Bono, Ian Sypkes and Tim Ye. The name is also a nod to the three ingredients used in its baijiu (sorghum, wheat and water), three elements of production (fermentation, distillation and aging), and the trinity of China and Australia, with baijiu playing the intermediary role of Holy Ghost.

Sanyou’s story begins when Sypkes, a civil engineer with a passion for distilling, switched jobs and found himself in possession of a great deal of free time. He discovered baijiu, and was shocked to find a category of spirits at once diverse and all but unknown in his native Tasmania. “That just set me on a track,” he tells me, “to spend all of my spare time learning about baijiu, buying baijiu to drink, and trying to figure out how to make it as a challenge.”

So when Sypke’s friend Ye was visiting China in late 2018, he was eager to join. Together they visited several baijiu distilleries in the southwest. In Guizhou they gained a better understanding of sauce-aroma baijiu, before heading to Sichuan, where they studied strong-aroma production in Chengdu and its environs.

Back home, Sypkes began tinkering with the production techniques he had seen in China, and found his knowledge incomplete. Baijiu distillers are notoriously guarded with trade secrets, and with Ian and Tim they had been “deliberately vague with some of the details.”

They enlisted the help of De Bono, who had been making koji and miso, a rare skill set in Australia. The Japanese fermentation agent koji is created using similar process to Chinese qu—in fact, both koji and qu are rendered in the same traditional Chinese character, 麴—so they were able to pool knowledge and started making qu bricks in 2019. “We used that qu to make a small [wheat] ferment, and the worked just about the first try,” says Sypkes. The team spent the remainder of the year fine tuning the process, expanding production capacity and beginning to work exclusively with wheat qu and sorghum mash. They plan to launch a baijiu in Australia in early 2022.

I reached out to Sypkes early in the 2020 COVID lockdown doldrums to learn more about Sanyou’s approach and what he has learned trying to establish a baijiu distillery outside of China. We have stayed in touch since, and what follows are some highlights from our conversations, stitched together for coherence.

*No, not that Sanyou 三酉. Same phonetics, different Chinese characters, also great friends of baijiu. If you want to learn more about Bar Sanyou’s amazing work, check out this lovely seminar we did together at Tales of the Cocktail.

Drink Baijiu: How would you describe the style of baijiu that you’re making?

Ian Sypkes: It’s interesting, because we’re sort of following a bit of a hybrid process of strong- and sauce-aroma, because that’s where we visited. My concept is a wheat qu, but to rotate our pits in the way that the strong-aroma guys did, which is to cut off 20-25% of the pit, refresh that and add qu, and to rotate our pit that way. So we were running continuous pits with a wheat qu, but we’re sort of starting to look at mixing in a few different grains into our qu brick, just to create some different flavors in the process. Wheat qu and the wheat grain created an unusual flavor, but the sorghum is creating a more enjoyable flavor. [For a detailed breakdown of continuous pit fermentation, click here.]

DB: Tell me more about your pits.

IS: We [started with] plastic . . . At this point they are concrete pits, we will be lining them with a local mud brick (or local stone masonry) in the near future. We are now fermenting approximately 6.5 tons of grain per fermenting pit with two pits in rotation.

DB: The still you’re using, is it a steam-based device?

IS: Yeah, I bought it from China. Tim Ye, half his family’s still over in China and his dad owns some factories over there, so he’s kind of connected to the supply. We’re looking to import a full-sized still in the next couple of months. [Update: They have.] We will be distilling approximately 4,000-4,500 liters of baijiu this year, with a plan to scale it up with a few more pits over the next year or so depending on the success of the sales.

DB: I understand it can be quite challenging loading a Chinese pot still. How are you getting around that?

IS: When we were in Maotai [at the Zongde Wang Distillery], I was taking photos of the distillery, and they’re like, “Stop doing that. Stop taking photos. This is the most important part of the process.” The guy was filling up the still, and they taught us how to do that for like an hour or two, or however long it took.

Our boiling still is actually based upon a pot of boiling water, a steam-fed process. There’s not heaps of pressure, so it takes me about an hour and a half to load a still up, because the whole concept of filling a still up is to maintain the buoyancy that your steam creates in the grain. If you just dumped it all in, [the mash] would be too dense for the steam to travel through. So you basically make a process of filling up the gaps where steam’s coming through and you make your way up and you’ve got a pretty fluffy, less-dense [mash].

DB: Do you add grain husks to the mash before you load it in the still?

IS: Yeah. There’s a fair bit of rice grain in Australia, so they just sell it at the local raw supplier, because people just chuck it down on chicken coops and stuff like that, so we’re just using rice husk from Australia. There’s none grown on Tasmania, so we can’t do that locally.

DB: How are you aging or resting the spirits?

IS: I’ve had locally made clay pots [. . .] My goal will be to double our demand of spirit so we can have stuff sitting in pots forever. You sort of want to have that pot that’s like a hundred years old, but you need to start making plans for that now.

The clay pots are working well. We are a little bit early to know any exact numbers in terms of evaporation, etc., but we have a couple of small sample pots that are approximately six months old and the flavor is certainly changing with time [. . .] revealing more of the deeper flavors.

DB: What’s the size of your operation?

IS: Like with every startup we’ve got a limited budget, so we’re trying to create a spirit that’s drinkable, then we’ll start the process. It’s a really unproven market here [laughs].

DB: Tell me about what it’s like for baijiu in Australia.

When I talk to people about baijiu and how they make this spirit completely different to how everything else is made, it generates heaps of interest from people. But in general, I don’t think anyone would know the difference [between traditional and non-traditional production]. So that’s going to make it challenging to break through with our product, which is really hard to make.

DB: I assume Australia doesn’t officially recognize baijiu as a category of spirits.

IS: No. I’m going through all the processes of getting my licenses, which I imagine is going to be a challenge. I’ve got a license to own a still, but no license to be distilling full tilt yet. Distilling, as you know, is all about tax.

The usual process is you get a mash brought in that’s five percent alcohol, or whatever, and they can track the alcohol all the way through that process, but with a solid state mash, I could say that I’m only making a liter and make a hundred—it’s really hard for them to measure and trace where the alcohol starts and finishes.

DB: Would it make your life easier if the Australian government knew what baijiu was?

IS: It would make it easier, yeah. At the moment, my target is to possibly sell to Chinese in Australia. Before this COVID stuff, we were having over a million Chinese tourists per year. And then out of our 20-25 million people here there’s about 1.5 million either Chinese citizens or recently transitioned to Australian citizens.

Our plan in terms of market is to target Australians doing business with Chinese, people in Australia with Chinese relationships and then work with businesses exporting premium food products from Australia into China (fruits and other premium produce). We are slowly making our way through the process of creating real connections to create real sales opportunities [. . .] So far there is a lot of interest in the product, even just in the large distilling community in Australia.

We’ll be the first really doing [baijiu] properly and we’ll invest in brand a lot. It would be easier if people in Australia knew about baijiu already, but a little hook for us is telling them about baijiu. The first time they’ve heard about it is out of my mouth, so it becomes something of interest. There’s lots of people who consider themselves discerning drinkers that are interested in whisky, gin, all that sort of stuff, that I think I could win over.

DB: Any updates since we first spoke?

IS: We are fully licensed to do full-scale production, and it was actually super easy (despite my worry!). We are finding that our product to be a little on the earthy side, but definitely has some good sweet and sauce flavors coming through. We are heading in the right direction with the product, and aging it is having a huge effect on the flavor.

We also have some cool infusion testing underway, which will hopefully take us from a single product to a small range of products.

I encourage you to check out Sanyou’s work. While China remains largely closed to foreign tourists, and I know not when I will again visit my beloved Sichuan distillery, I’ll be keeping a close eye on this one. For those of you out there who have been curious to see what baijiu distilling looks like firsthand, the Sanyou Instagram feed is a bonanza. Godspeed, my three friends. 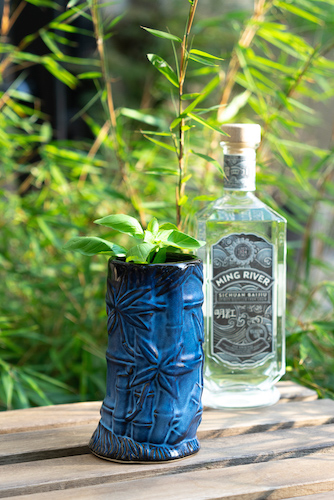 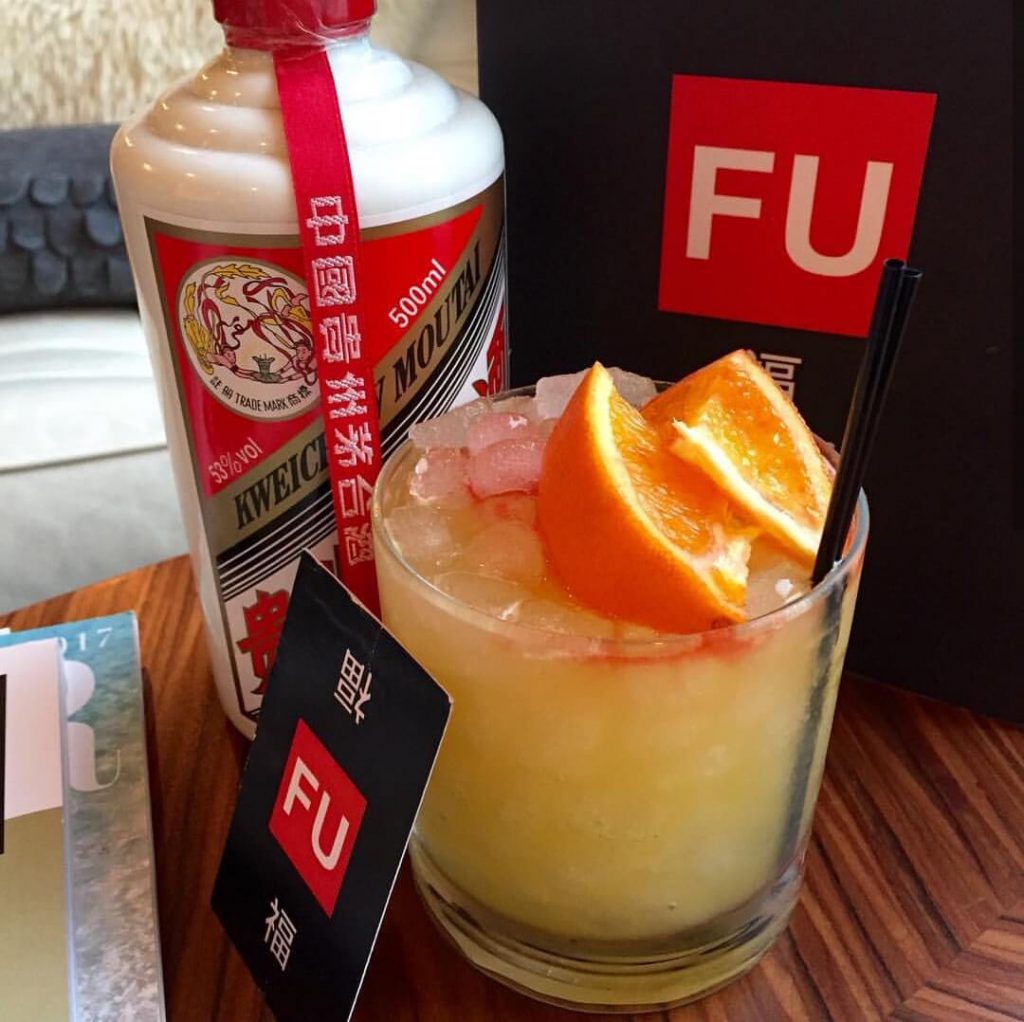